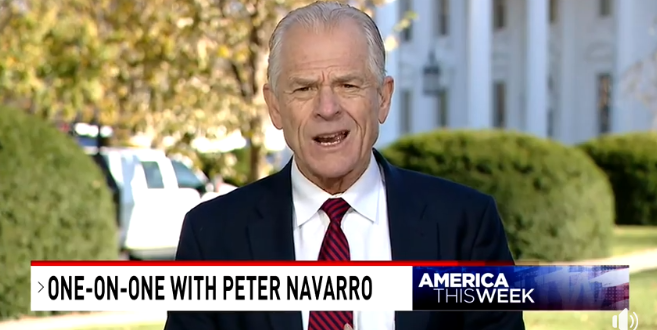 Peter Navarro: Nobody Disputes That China Sent Out Hundreds Of Thousands Of People To “Seed That Virus”

“President Trump’s going to get a second term. Every time I wake up in the morning and see the cases surging, I think, why the hell aren’t people more angry at communist China for infecting us with this virus?

“It was spawned in November in China,most likely in one of their bio weapons labs, we don’t know if it escaped intentionally or not, but that doesn’t matter.

“What matters, Eric, is that they hid it for 60 days. During that time, they locked down their entire country because they knew it was dangerous.

“They didn’t want their own people infected, and they sent hundreds of thousands of Chinese nationals around the world on gleaming aircraft to go and seed that virus.

Previous House Dems Demand Briefing From GSA Administrator
Next 2000+ US COVID Deaths Yesterday, Highest Since May