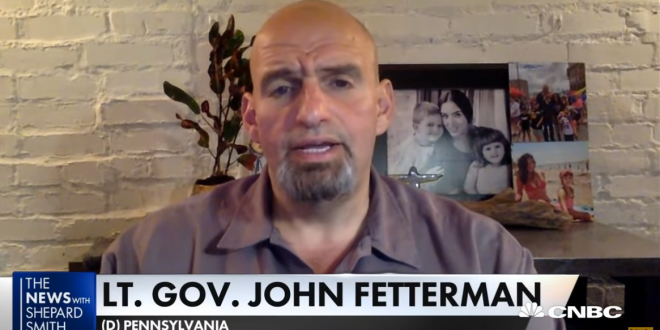 Pennsylvania Lt. Gov: Trump Team Will Get Their “Clock Cleaned” If They Try To Appeal My State To SCOTUS

Pennsylvania’s lieutenant governor said late Saturday that he is hopeful President Trump’s campaign appeals lawsuits thrown out by judges in the state to the U.S. Supreme Court so the issue can be put to rest on a national stage.

“I hope they do [appeal to the Supreme Court],” Lt. Gov. John Fetterman (D) said on CNN. “And they’re gonna get their clock cleaned there, the way they did here in Pennsylvania.”

The Pennsylvania Supreme Court earlier Saturday dismissed a lawsuit filed by Rep. Mike Kelly and other Republicans in the state aiming to halt the certification of the 2020 election results.