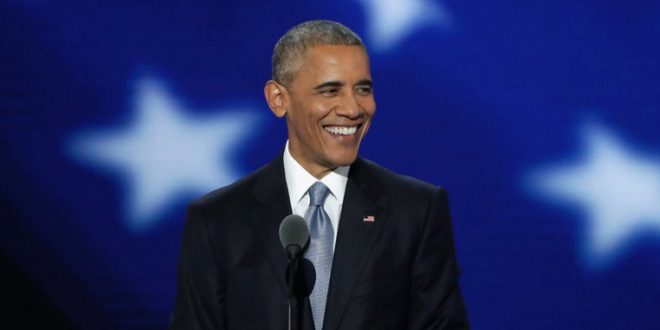 Former President Barack Obama’s “A Promised Land” sold nearly 890,000 copies in the U.S. and Canada in its first 24 hours, putting it on track to be the best selling presidential memoir in modern history. The first-day sales, a record for Penguin Random House, includes pre-orders, e-books and audio.

The only book by a former White House resident to come close to the early pace of “A Promised Land” is the memoir by Obama’s wife, Michelle Obama, whose “Becoming” sold 725,000 copies in North America its first day and has topped 10 million worldwide since its release in 2018.

“Becoming” is still so in demand that Crown, which publishes both Obamas and reportedly paid around $60 million for their books, has yet to release a paperback.

Vladimir Putin is physically “unremarkable” but reminds him of a Chicago ward boss.

Sarah Palin had “no idea what the hell she was talking about.”

Lindsey Graham is a spy movie character “who double-crosses everyone to save his own skin.”https://t.co/YT4dYaA3cx

If you’re planning to read the Obama book, remember you can order it from your local indie bookstore! They’re in for a long winter, so throw them a little love.

The CEO of Barnes & Noble on selling copies of Barack Obama’s new memoir: “We are taking as many as Penguin Random House will give us. If there was an unlimited supply, we would take more.” https://t.co/Iz2lxBxbRT