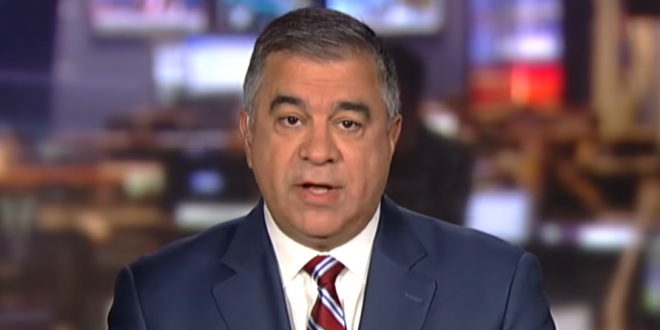 President Trump’s bellicose pledge to fight the outcome of the election in the courts crashed on Friday into skeptical judges, daunting Electoral College math and a lack of evidence for his claims of fraud. On a day that began with vote tallies in Georgia and Pennsylvania tipping in Biden’s favor, Mr. Trump’s campaign declared, “This election is not over,” as the RNC announced it had activated “legal challenge teams” in Arizona, Georgia, Michigan and Pennsylvania.

And the Trump forces named a new general to lead the effort, the hardened conservative political combatant David Bossie [photo]. But none of the dozen or so lawsuits they had brought in battleground states appeared to be gaining any traction in the courts. And in any case, none seemed likely to give Mr. Trump the edge he would need in vote counts in the states that will determine the outcome.

A long-time friend of Trump’s, Bossie has served since 2010 as the president and chairman of Citizens United – the group whose eponymous U.S. Supreme Court victory paved the way for unlimited corporate political expenditures. He has maintained close ties to the president’s administration, but their relationship soured last year when Bossie was accused of using his position to scam millions of dollars from the president’s elderly supporters.

The Presidential Coalition, Bossie’s non-profit group aimed at identifying and supporting conservative candidates for local and state elected office, took in $18.5 million in donations from 2017 to 2018, often using promotional materials heavily featuring Trump. But last year, Axios revealed that only $425,442 of the $15.4 million the group spent over the preceding two years went to candidates while the rest was used to pay consultants and to purchase copies of Bossie’s two latest books.