Joseph R. Biden Jr. holds a clear advantage over President Trump across four of the most important presidential swing states, a new poll shows, bolstered by the support of voters who did not participate in the 2016 election and who now appear to be turning out in large numbers to cast their ballots, mainly for the Democrat.

Mr. Biden, the former vice president, is ahead of Mr. Trump in the Northern battlegrounds of Wisconsin and Pennsylvania, as well as in the Sun Belt states of Florida and Arizona, according to a poll of likely voters conducted by The New York Times and Siena College. 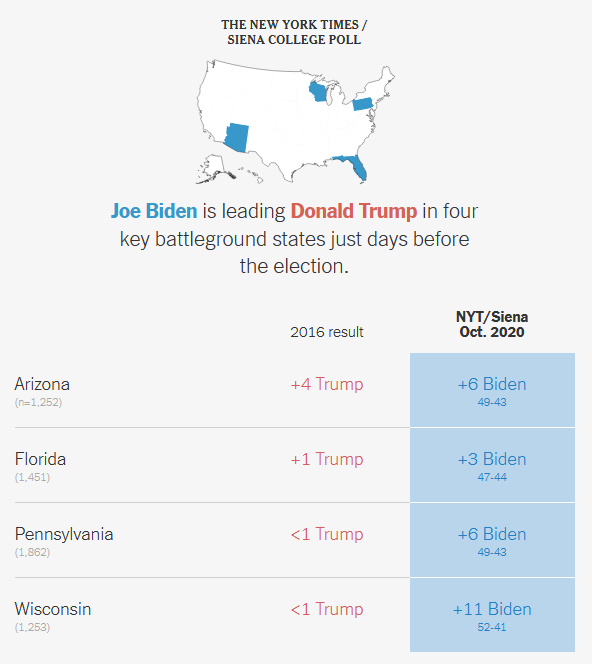