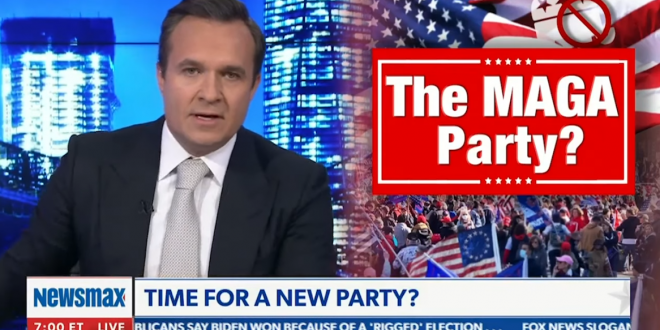 “We need a new party. Democrats aren’t cutting it, and quite frankly, I don’t think the Republicans are cutting it. At least a lot of them are just mailing it in. The ‘MAGA Party’ — a party about ideas, the Constitution, opportunity, liberty.

“Term limits, the Second Amendment, and canceling the deep state and the federal bureaucracy. There are some good people, but let’s face it. It is big and bloated, and all kinds of waste could be cut away.

“I think it’s something that deserves serious, serious consideration in this country.” – Newsmax host Greg Kelly, who has spent the week amplifying the most insane election conspiracy claims.