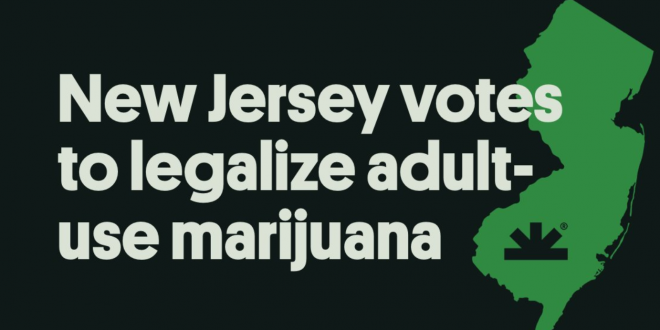 New Jersey voters have approved a constitutional ballot initiative to legalize marijuana for adults 21 and over and establish a framework for marijuana regulation in the Garden State. New Jersey becomes the 12th state to enact a legalization law.

“This is a great day for New Jersey. After years of political inaction, voters have definitively approved marijuana legalization,” said Steve Hawkins, executive director of the Marijuana Policy Project, which was founded in 1995 and has played a central role in 10 state-level legalization victories over the past eight years.

Legal cannabis sales in the Garden State could push other East Coast states like New York and Pennsylvania to get on board sooner rather than later.