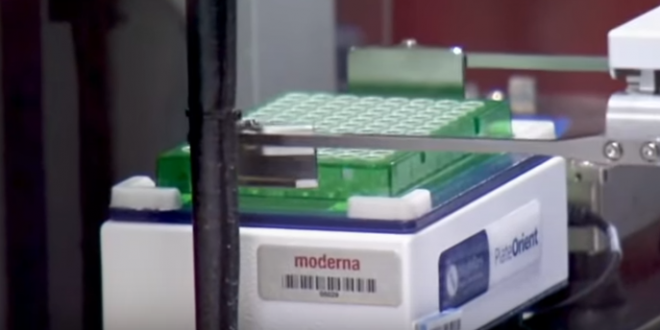 The drugmaker Moderna announced on Monday that its coronavirus vaccine was 94.5 percent effective, based on an early look at the results from its large, continuing study.

Researchers said the results were better than they had dared to imagine. But the vaccine will not be widely available for months, probably not until spring.

Moderna is the second company to report preliminary data on an apparently successful vaccine, offering hope in a surging pandemic that has infected more than 53 million people worldwide and killed more than 1.2 million. Pfizer, in collaboration with BioNTech, was the first, reporting one week ago that its vaccine was more than 90 percent effective.

Moderna said its Covid-19 vaccine was 94.5% effective in an early look at results from a large trial, the second shot to post encouraging findings https://t.co/cnLMhMKdDT