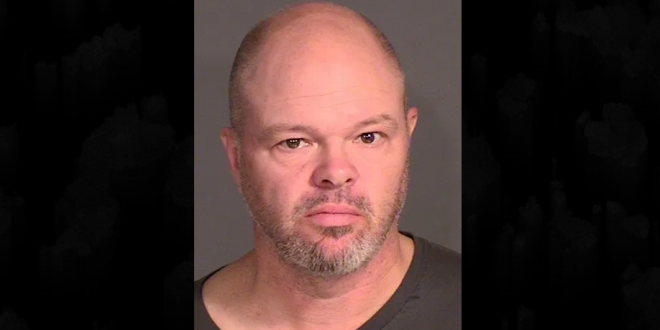 A Twin Cities man who identified himself to authorities as a supporter of President Donald Trump is accused of attacking an elderly couple with a golf club over the weekend after he saw them standing at a street corner with a homemade Joe Biden sign.

Fifty-year-old Mark Anthony Ulsaker, of Lino Lakes, is charged with second-degree assault with a dangerous weapon, threats of violence and assaulting a peace officer in connection to the Sunday incident, court documents filed in Ramsey County show. If convicted of all counts, he could face a maximum sentence of 15 years in prison.

According to a criminal complaint, multiple witnesses called 911 around 3 p.m. after seeing a man, described as stocky and bald, attacking an elderly couple with a golf club in White Bear Lake, at the intersection of Highway 96 and Centerville Road. After the golf club broke during the attack, the man reportedly punched the elderly man in the head.

As the couple were sitting on the corner, the suspect pulled up next to them in a red truck and yelled profanities at them, the complaint said. The couple ignored the man, who suddenly approached them on foot from behind and began attacking them with a golf club without provocation, the complaint said.

A witness gave police a license plate number for the red truck, which was registered to Ulsaker. Officers went to his residence and located the truck and Ulsaker. When officers tried to take Ulsaker into custody, the complaint said, he resisted and swung at an officer.

The officer blocked Ulsaker’s blow and pushed him away. When the officer pulled his stun gun, Ulsaker complied and was taken into custody, the complaint said. The officer had pain, swelling and bruising to his right thumb.