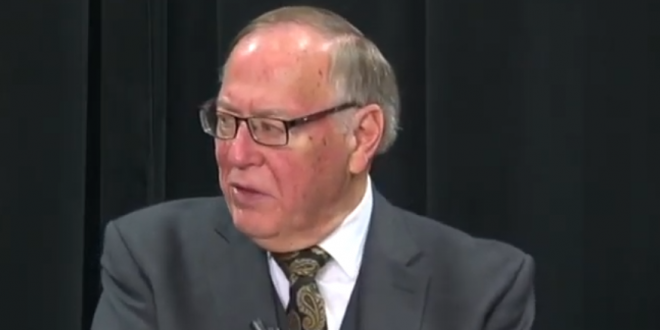 A day after it was revealed that GOP state Sen. Dave Senjem [photo] tested positive for COVID-19 after attending a Nov. 5 party caucus, news broke that Republican senators and staffers were informed in a Tuesday memo that “a number of [GOP Senate] members and staff have been diagnosed with COVID-19.” DFLers were not informed of the rash of cases on the other side of the aisle.

In the memo, Craig Sondag, the Senate Republican chief of staff, declined to reveal the names of the infected, citing a balance between the infected people’s right to privacy and the need of their contacts to know they had been exposed. He instructed all GOP Senate staffers to work from home, including during Thursday’s special session. The memo’s authenticity was confirmed to the Star Tribune by Senate spokeswoman Rachel Aplikowski.

after MN GOP senators learned of a covid outbreak, they told all staffers to work from home.