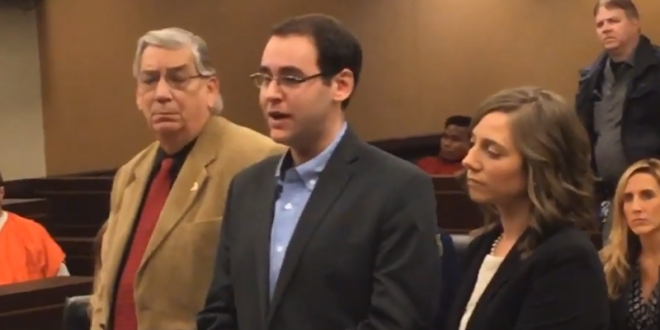 Another pro-President Trump rally was held at the Michigan Capitol on Saturday as the “Million MAGA March” attracted thousands, including several far-right groups like the Proud Boys, in Washington, D.C. One of the speakers was blogger and GOP activist Brandon Hall, who says he’s running for Michigan Republican Party chair.

“We’re not going to give over our electoral votes to Joe Biden without a fight,” Hall said, as reported by the Lansing State Journal.

What Hall didn’t mention, and neither did the story, is that he has firsthand experience with election fraud. In 2013, Hall was charged with 10 counts of election law forgery, which is a felony. In December 2016, Hall was sentenced to 30 days in jail and 18 months probation for election fraud.