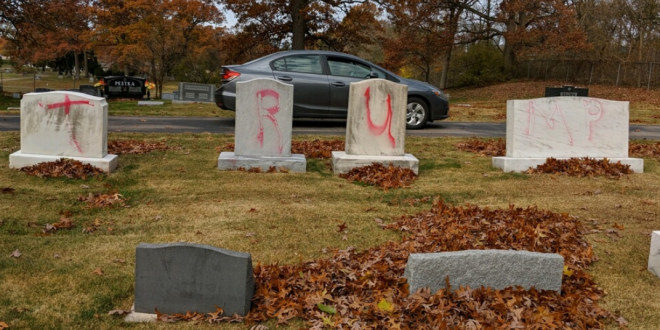 The Anti-Defamation League (ADL) of Michigan said on Monday that several tombstones in the Ahavas Israel Cemetery in Grand Rapids, Mich. had been desecrated with “Trump” and “MAGA” in red spray paint.

The civil rights organization tweeted several photos showing tombstones written with the spray paint. The incident is believed to have taken place over the weekend. The cemetery is owned by the Ahavas Israel Congregation.

We are appalled by the reported desecration of gravestones at the Ahavas Israel Cemetery in Grand Rapids, MI. We are in close touch with the Jewish community and Law Enforcement to investigate this vandalism. pic.twitter.com/mVeGrlsWxE