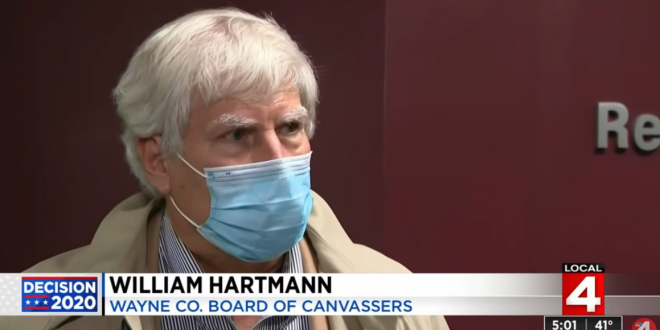 After three hours of tense deadlock on Tuesday, the two Republicans on an election board in Michigan’s most populous county reversed course and voted to certify the results of the Nov. 3 election, a key step toward finalizing President-elect Joe Biden’s victory in the state. Now, they both want to take back their votes.

In affidavits signed Wednesday evening, the two GOP members of the four-member Wayne County Board of Canvassers allege that they were improperly pressured into certifying the election and accused Democrats of reneging on a promise to audit votes in Detroit.

“I rescind my prior vote,” Monica Palmer, the board’s chairwoman, wrote in an affidavit reviewed by The Washington Post. “I fully believe the Wayne County vote should not be certified.” William Hartmann, the other Republican on the board, has signed a similar affidavit.