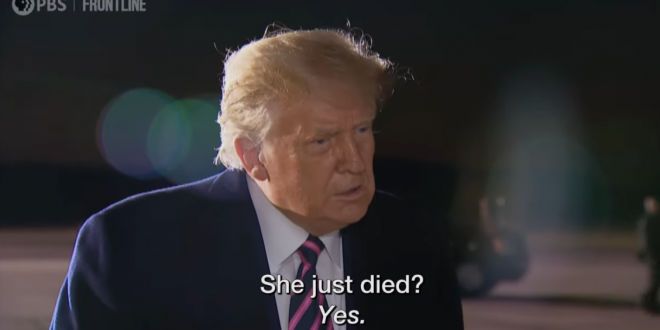 Holmes, who previously served as chief of staff to McConnell from 2010 to 2013, made the comments in a new Frontline documentary premiering on Tuesday. The project, dubbed “Supreme Revenge: Battle for the Court,” will look at how the nation’s highest court has transformed over the years.

According to an excerpt from the documentary, McConnell contacted Trump shortly after Ginsburg’s death on Friday, Sept. 18.