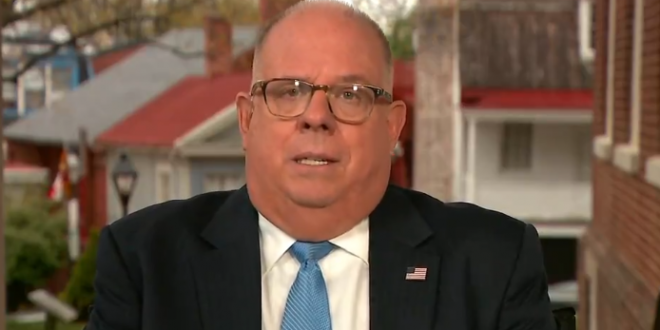 Gov. Larry Hogan and President Donald Trump went after each other on Twitter Sunday, after the president tweeted out a report that the first batch of coronavirus tests Maryland Gov. Larry Hogan acquired from South Korea were flawed. Hogan used nearly $9.5 million in state funding to purchase 500,000 COVID-19 test kits from abroad back in April. But those tests were never used, according to the Post. Instead, Hogan reportedly paid the same South Korean company, LabGenomics, $2.5 million to replace the tests.

If you had done your job, America’s governors wouldn’t have been forced to fend for themselves to find tests in the middle of a pandemic, as we successfully did in Maryland.