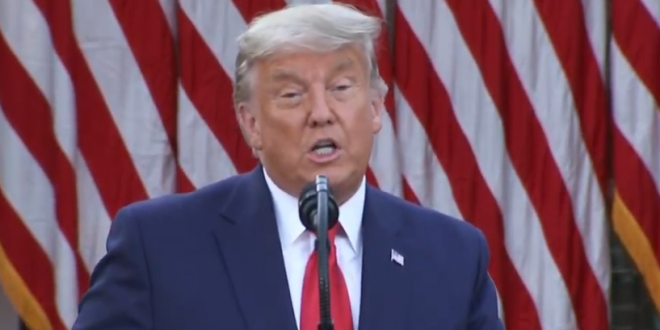 President Donald Trump is scheduled to make public remarks on Friday afternoon, his first public comments since Joe Biden was projected the winner in the presidential race — snapping the longest stretch of silence in his presidency. The Rose Garden appearance is his first comments since Nov. 5th and is slated to focus on Covid-19 vaccines. Trump initially had no public events scheduled, but the White House sent out an update in the early afternoon saying he’d make remarks about Operation Warp Speed in the Rose Garden at 4 p.m. ET.

Previous SUPERCUT: When Trump Called 306 Votes A “Landslide”
Next Republicans Lose Another Ballots Suit In Pennsylvania