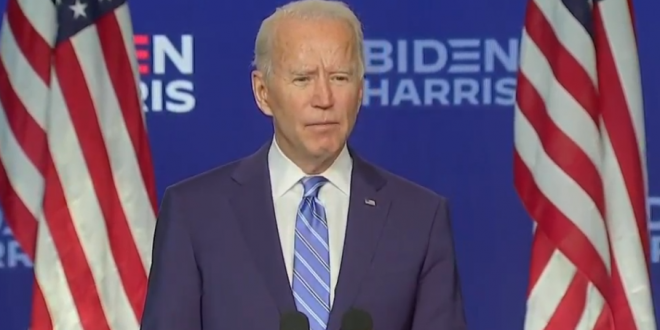 Joe Biden is expected to speak Wednesday, as the presidential race remained too close to call. All eyes are on a handful of battleground states where Biden appears to be making gains against President Trump.

A senior Biden campaign adviser says that the former vice president’s comments this afternoon, whenever they occur, are set to serve as “an update” on where things stand.

The aide described the expected statement as “more good news” on their path to 270 and nothing that isn’t already becoming apparent as the vote count continues in the remaining states.