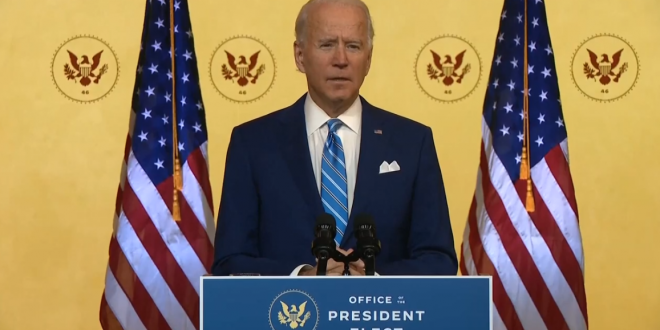 President-elect Joseph R. Biden Jr., whose team is finally free to coordinate transition planning, is hurriedly attempting to fill a void in pandemic response leadership left by President Trump, who has largely ignored the escalating 2,000-death-a-day crisis and made few public appearances since the election.

Mr. Biden is expected to take a major step next week, perhaps as early as Monday, when he will announce his pick for a new Health and Human Services secretary.

On Wednesday afternoon, Mr. Biden — who sees his immediate role as breaking down the resistance to mask-wearing that has exacerbated an already dire wave of contagion — plans to deliver a presidential-style Thanksgiving address to rally the American people for the challenges ahead, intermingling hope with hard reality, his aides said.

Previous US Settles With Citizens Detained For Speaking Spanish
Next Newsmax CEO Defends Spreading Fake News: We Are Just “Reporting On What People Are Saying” [VIDEO]