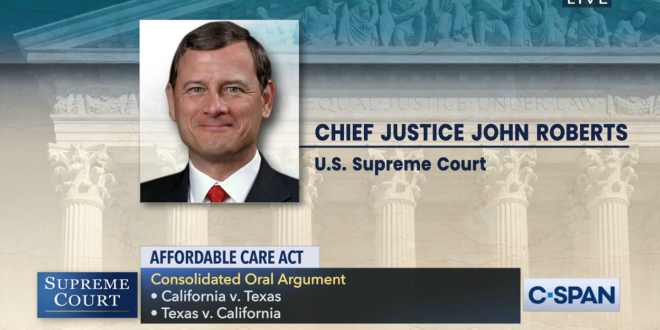 Obamacare is back before the Supreme Court on Tuesday, with opponents challenging it for a third time. The first attempts to derail the law failed in the high court by votes of 5-to-4 and 6-to-3. But the makeup of the court is very different now, with three justices appointed by President Trump – among them new Justice Amy Coney Barrett.

Before her nomination, Barrett consistently criticized the court’s two previous decisions, a critique that Senate Democrats repeatedly bludgeoned her with at her confirmation hearings.

But the ACA has remained in place for a decade, and the legal landscape has changed so much over that time that many of those who originally took issue with the law in the Supreme Court think this challenge is a stretch. In fact, most of the groups that fought the ACA after it was enacted in 2010 are missing in action from Tuesday’s case.

The newly minted justice and the rest of the court will participate in remote oral arguments via teleconference that will be streamed live online at 10 a.m.

Barrett’s questioning in the case, which is formally called California v. Texas, and where she comes down in the eventual ruling handed down by the court, will be closely watched by partisans on both sides — by Republicans who hope she will cement a 6-3 GOP-appointed majority that will interpret laws consistent with how they see them and by Democrats who fear that she will be a partisan who strikes down left-leaning laws and upholds those favored by conservatives.

“A vote by any senator for Judge Barrett is a vote to rip away health care from millions of Americans,” Senate Minority Leader Chuck Schumer, D-N.Y., said repeatedly through Barrett’s confirmation process.