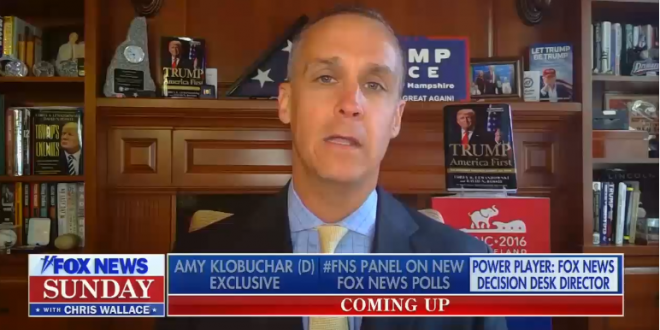 Lewandowski: No Need To Count After Election Night

“What the president’s real concern is and the Supreme Court has made some rulings on this, is trying to get as many votes in by Election Day as possible. We know that people can vote, we know how to count quickly, so let’s get it done. I think this election is going to be won on election night with Donald Trump carrying in Florida and North Carolina and Ohio and Michigan and Pennsylvania and Wisconsin and if that’s the case, there will be no need to continue to count because it will be a resounding victory.” – Corey Lewandowski, speaking today on Fox News.