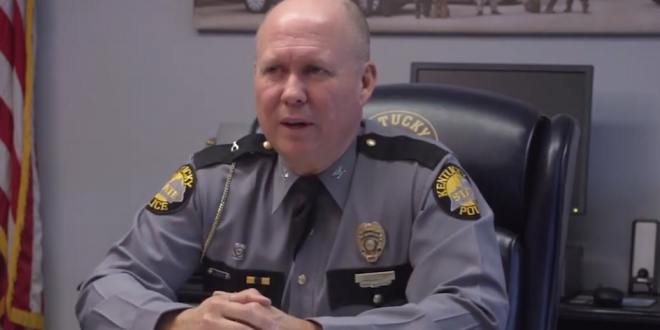 The Kentucky State police commissioner resigned from his position Monday after a report surfaced that the department used a training slideshow that included quotes from Adolf Hitler, officials said. Rodney Brewer’s resignation will go into effect on Wednesday.

Kentucky Police Academy used a training slideshow as recently as 2013 that advocated for violence during altercations and instructed cadets to be “ruthless in their actions.” The news of the slideshow was first reported by journalists at the Manual Red Eye, the student publication at duPont Manual High School in Louisville.

A slide captioned “Violence of Action,” included a quote from Adolf Hitler’s notorious manifesto “Mein Kampf,” which said, “The very first essential for success is a perpetually constant and regular employment of violence.”

#BREAKING KSP Commissioner Rodney Brewer will resign from his position effective the end of the day on November 4. https://t.co/dXmfKkGMSI