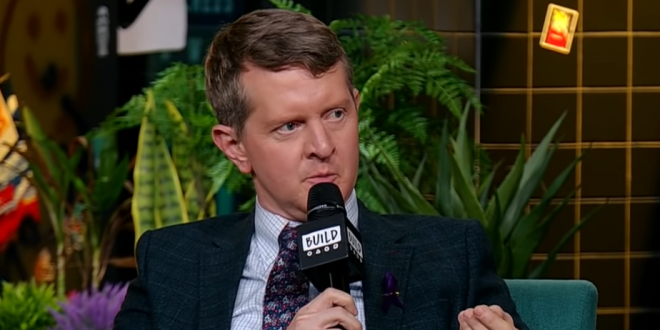 Weeks after the passing of legendary “Jeopardy!” host Alex Trebek, Sony Pictures Television has announced that popular contestant and “Jeopardy! Greatest of All Time” tournament winner Ken Jennings will serve as the first of a series of interim guest hosts when the trivia game show returns to production on Monday, Nov. 30.

“Alex believed in the importance of ‘Jeopardy!’ and always said that he wanted the show to go on after him,” said ‘Jeopardy!’ executive producer Mike Richards.

A long-term replacement host will not be named at this time, said the studio. Jennings has long been a favorite to assume Trebek’s iconic position at the “Jeopardy!” podium, having first emerged on the scene in the early aughts with a 74-game win streak and an all-time record for highest winnings.

Previous Feinstein To Step Down As Top Senate Judiciary Dem
Next CHATTER AWAY: Overnight Open Thread