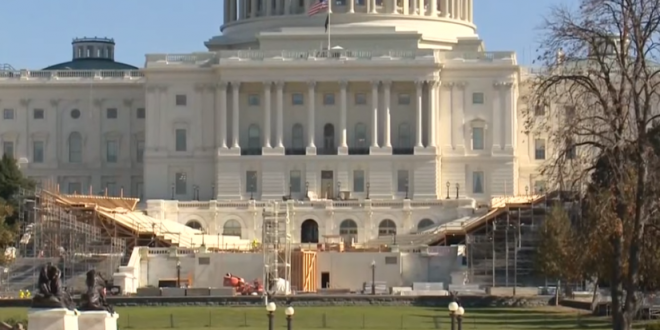 Outside President Donald Trump’s bedroom window on the north side of the White House is the sound of building: hammers, drills, the beep-beep of trucks backing up and metal planks clanking into place.

Construction of the parade platform for President-elect Joe Biden’s inauguration festivities is well underway. The viewing stand and bleachers are almost complete and each day they get closer to being done — all within Trump’s view — as it becomes clearer his days in the White House are coming to a close.

Despite the uncertainty of the coronavirus and Trump’s waning attempts to overturn the election, the structure is a growing reminder of the transition now in motion.

The preparations would be underway no matter who had won the election. Some have called on Biden to forego the traditional ceremony entirely due to COVID, but for now it appears that will take place on a much smaller scale. Hit the link for much more, including how the uncertainties are stressing planners.