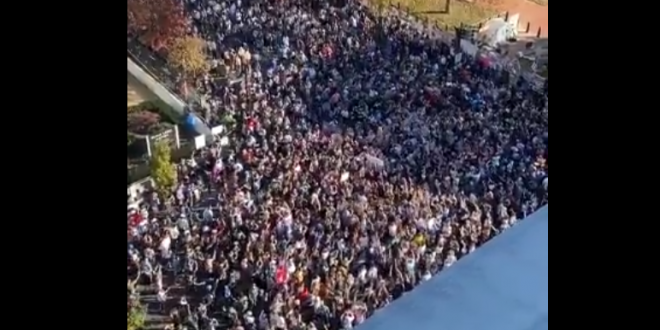 President Donald Trump played “YMCA” at a lot of his 2020 campaign rallies, to the point where the president’s dancing to the song became a meme among his supporters online. After news of his election loss broke, massive crowds of people took to the streets in a number of cities in celebration. Outside the White House, they played “YMCA.” Meanwhile, in Philadelphia, per one reporter, the Trump supporters played “YMCA” but the Biden supporters danced in celebration there too.

The crowd outside the White House celebrating Joe Biden’s projected victory is blaring YMCA — the song President Trump closed out his latest rallies with. pic.twitter.com/UkrsBq8l5M

The YMCA is happening outside WH too pic.twitter.com/tHC9kaEOC2

Previous Newsmax Host: Democrats Colluded With The Media To Time Their Election Call To Ruin Trump’s Round Of Golf
Next LIVE VIDEO: Biden And Harris Give Victory Speech