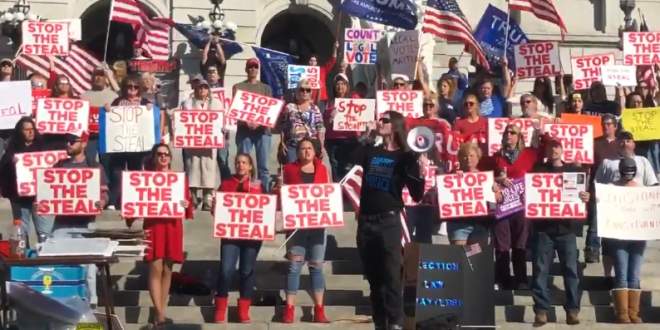 Pennsylvania decided nearly two weeks ago that there would be a mail-in ballot extension allowing ballots to be counted toward the election as long as they were postmarked by Nov. 3 and received by Nov. 6. Many supporters of President Trump feel that these votes should not be counted.

Those in opposition of the mail-in ballot extension gathered at the state Capitol building on Friday for a “Stop the Steal” rally. They believe these ballots are stolen votes for Joe Biden.

“Stuffing the ballot boxes has always been a reality in life. But in my opinion, the Democratic agenda is to [stuff the ballot boxes] 100%,” Daniel Wilson, an Adams County voter, and retired Navy Seal said.

you will not have our votes or support.

‘I did nothing. I didn’t help. I watched as the election was stolen.’?”