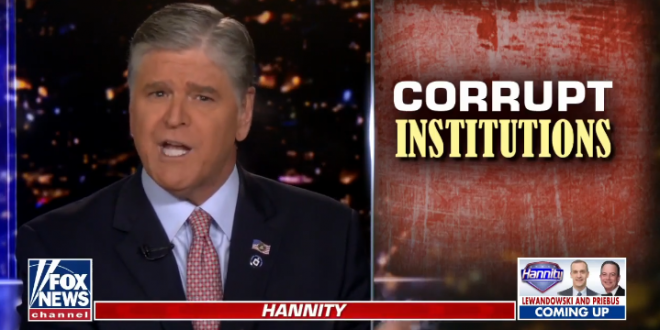 “What’s happening is an absolute disgrace that’s unfolding right before our eyes. Well, what’s happening in Pennsylvania, we heard from poll watchers today. Yeah, they were watching from 100 feet away? Denied the opportunity to do their job to keep an election honest free and fair, and watch the polls?

“Well, of course, that’s the same state where — found ballots in garbage cans, they all happened to be votes for Donald Trump. Shocking. And also ballots seeming to just, well, appear out of thin air, well, just — 100,000 here. How did that happen?

“We’ve been watching states extend — okay, we’re going to expand out our early voting, we’re going to extend out when you can hand in your ballot. Maybe you don’t really need the postmark, that it was there on Election Day, we shouldn’t have a deadline, your ballot is in or it doesn’t count?

“That’s a free and fair election, free opportunity for everybody, equal opportunity? By the way, how many dead people received ballots? Like, Kevin McCarthy’s telling me all about it in California, all throughout the election season.” – Sean Hannity, last night.