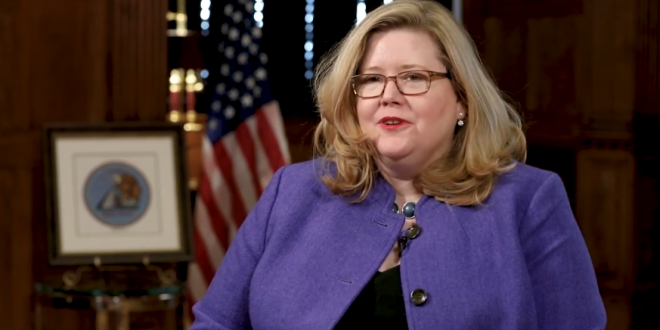 The General Services Administration has informed President-elect Joe Biden that the Trump administration is ready to begin the formal transition process, according to a letter from Administrator Emily Murphy sent Monday afternoon and obtained by CNN. The letter is the first step the administration has taken to acknowledge President Donald Trump’s defeat, more than two weeks after Biden was declared the winner in the election.

Murphy said she had not been pressured by the White House to delay the formal transition and did not make a decision “out of fear or favoritism.” “Please know that I came to my decision independently, based on the law and available facts,” Murphy wrote. “I was never directly or indirectly pressured by any Executive Branch official — including those who work at the White House or GSA — with regard to the substance or timing of my decision. To be clear, I did not receive any direction to delay my determination.”

Here is the full, uncropped letter signed by Emily Murphy at the GSA authorizing the Biden transition! pic.twitter.com/I8iiK0Hu1d

Previous Pope Francis Appears To Liken Trump Rallies To Hitler
Next Trump: I Approved GSA Move But I Will Still “Prevail”