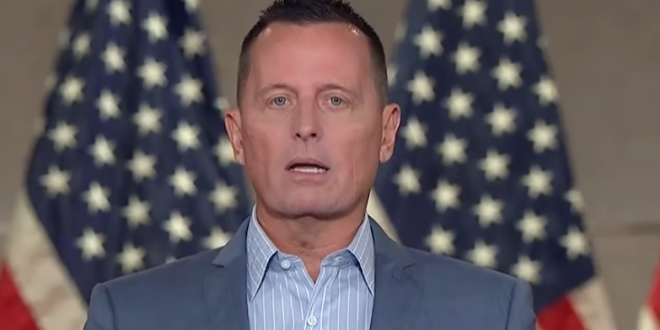 Richard Grenell, the former acting Director of National Intelligence in the Trump administration, was “duped” after a correspondent from a left-leaning magazine fooled him into thanking a convicted war criminal for his service in the US Army.

Ken Klippenstein, a correspondent for The Nation, in a tweet attached a photo of Bill Calley and misleadingly suggested it was his grandfather.

Calley was convicted of killing at least 22 unarmed people in the My Lai Massacre in 1968, during the Vietnam War. The Army officer was sentenced to life in prison, but after a new trial served just three years in house arrest.

I got that too. I know exactly what was happening. Grenell surely didn’t. He’s an asshole. Again and again. https://t.co/yurekucUHV

Duped. Trying to be helpful to people who reach out on Veteran’s Day.

It’s a shame people would do this on a day like today.