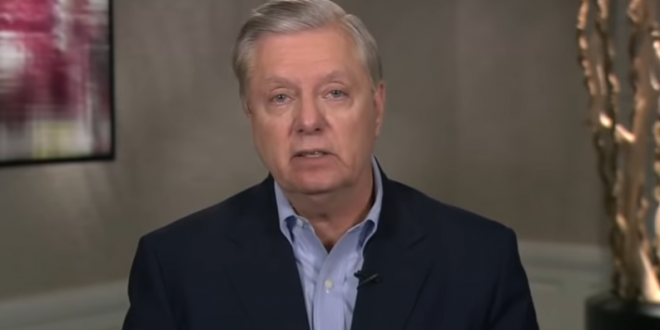 “I’m here tonight to stand with President Trump,” Graham told host Sean Hannity. “He stood with me, he’s the reason we’re going to have a Senate majority … He helped Senate Republicans. We’re going to pick up House seats because of the campaign that President Trump won.”

Discussing the ongoing ballot counting in Philadelphia that has shrunk the president’s lead over Democrat Joe Biden, Graham described elections in the City of Brotherly Love as being “crooked as a snake.”

Hannity alleged, without evidence, that he had heard “report after report” that election laws were being violated, asking Graham: “Should these Republican lawmakers in Pennsylvania and elsewhere, if there’s corruption in the law … should they then invalidate this?” “I think everything should be on the table,” Graham responded. “So there’s the process of observing an election that’s been violated. Philadelphia elections are as crooked as a snake.”

Sean Hannity is asking Lindsey Graham whether the state legislature in PA should directly pick the electors. Graham simply says “everything should be on the table.”

“Everything should be on the table.” pic.twitter.com/IG5dWpEJxR

Here's Hannity arguing that Pennsylvania should do a "do over" election pic.twitter.com/eZcaD3svee