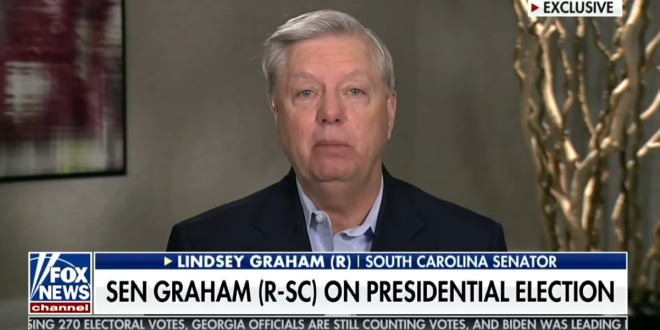 Sen. Lindsey Graham — during an interview with Fox News Radio’s “The Brian Kilmeade Show” — did not acknowledge that Trump lost this year’s election and instead said that if the president “falls short” he should “not let his movement die” and should “consider running again.”

“I would encourage him to think about doing it,” Graham said, saying Trump should “create an organization, platforms over the next four years to keep his movement alive.”

“Grover Cleveland came back. Donald Trump should think about it if he falls short,” Graham added, referring to the only president to serve two non-consecutive terms.