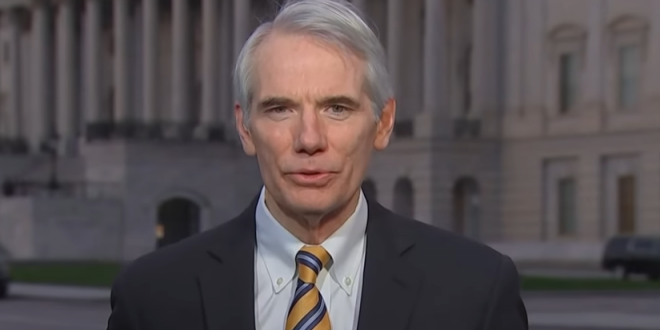 States have now completed counting votes and most battleground states will have certified their election results as of this week. Some state recounts have been completed and those remaining are expected to be completed within the next two weeks.

Based on all the information currently available, neither the final lawful vote counts nor the recounts have led to a different outcome in any state. In other words, the initial determination showing Joe Biden with enough electoral votes to win has not changed.

I voted for President Trump, was a co-chair of his campaign in Ohio, and I believe his policies would be better for Ohio and the country.

But I also believe that there is no more sacred constitutional process in our great democracy than the orderly transfer of power after a presidential election. It is now time to expeditiously resolve any outstanding questions and move forward.

Portman is a potential canary in the coal mine. Unlike other Republicans who have broken with Trump on the election result he’s not retiring, not a renegade and doesn’t often step out of line with party leaders. https://t.co/nNAE1U7CRO

GOP @senrobportman says there “no evidence” of widespread fraud. “I voted for President Trump… I also believe that there is no more sacred constitutional process in our great democracy than the orderly transfer of power after a presidential election.” https://t.co/mouaiiAmE6