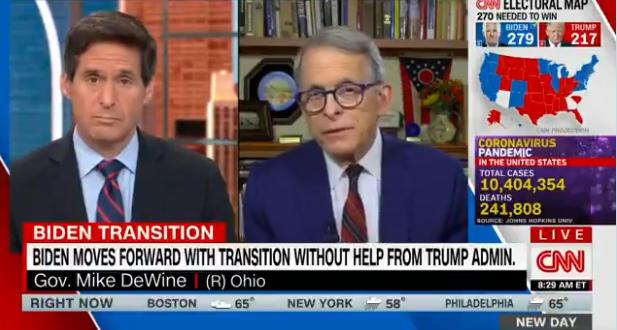 Contrast that with DeWine’s statement Monday: “I congratulate Vice-President Biden,” he said. “When lawsuits have concluded and election results are certified, it is important for all Americans to honor the outcome.”

Calling Biden the president-elect might seem like a hair-splitting distinction, but it’s one few Republicans have made. DeWine was the co-chair of Trump’s re-election committee in Ohio, a state the president won by 8 percentage points in final, unofficial results.

Those words from Republican @GovMikeDeWine of Ohio. @NewDay pic.twitter.com/SUUpC43Hou