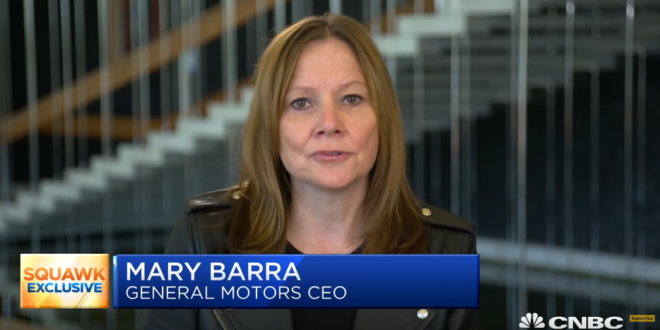 The company also signaled that it was ready to work with President-elect Joseph R. Biden Jr., who has promised swift action to reduce climate-warming emissions in the auto sector.

“President-elect Biden recently said, ‘I believe that we can own the 21st century car market again by moving to electric vehicles.’ We at General Motors couldn’t agree more,” Mary Barra, the General Motors chief executive, wrote in a letter Monday to leaders of some of the nation’s largest environmental groups

Who says elections don’t have consequences?https://t.co/E161B2nEQX