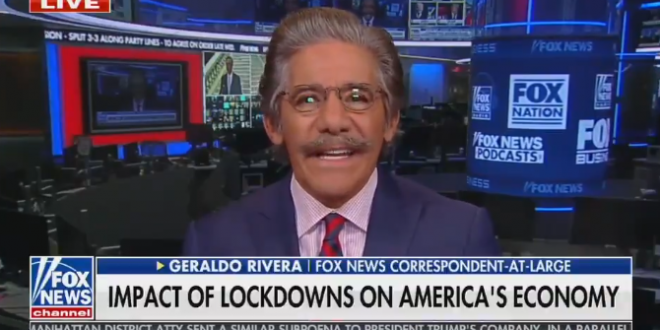 President Donald Trump is down in the dumps. As he gradually comes to term with election defeat, Fox News correspondent-at-large Geraldo Rivera has come up with a bright idea to cheer him up. Speaking on Friday morning’s Fox & Friends, Rivera suggested naming the COVID-19 vaccine after Trump so he doesn’t feel so bad about himself.

To soften the blow of defeat Fox’s Geraldo proposes naming the vaccine after Trump. “It would be a nice gesture to him and years from now it would become kind of a generic name. Have you got your trump yet, I got my trump, I’m fine. I wished we could honor him in that way.” pic.twitter.com/fM8qwFhxF6

Previous GLAAD Survey: 81% Of LGBTQs Voted For Joe Biden
Next MO Health Official Resigns Due To Threats By Cultists