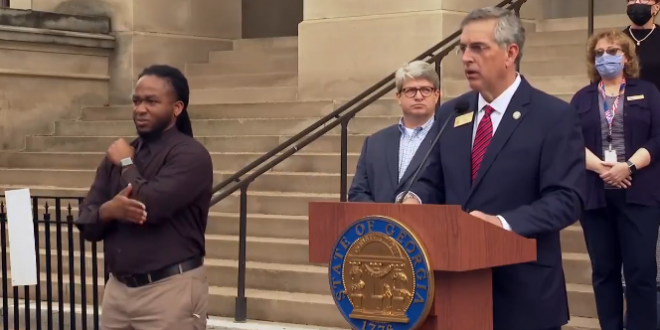 Georgia To Conduct “Full, By Hand Recount” Of Ballots

Georgia will conduct a statewide recount of ballots cast in the election between President Donald Trump and President-elect Joe Biden, Secretary of State Brad Raffensperger said Wednesday. “With the margin being so close, it will require a full, by-hand recount in each county,” Raffensperger said at a press conference.

Raffensperger, a Republican, said that the state will work with county officials to complete the recount in time to meet its Nov. 20 deadline for certifying statewide election results.

“It’ll take every bit of the time we have left, for sure,” he said. Biden’s lead over Trump in the Peach State has grown to more than 14,000 votes since Election Day, according to NBC News’ analysis of the race.

Last night Raffensberger said he has so no evidence of voter fraud. Both of Georgia’s GOP senators have demanded his resignation. He has refused.

NEW: Georgia Sec. of State Raffensperger says the state will conduct a “full, by hand recount in each county”; Biden currently leads by 14,111 votes.

“We have all worked hard to bring fair and accurate counts to assure that the will of the voters is reflected in the final count” pic.twitter.com/HD8B3H9tDI