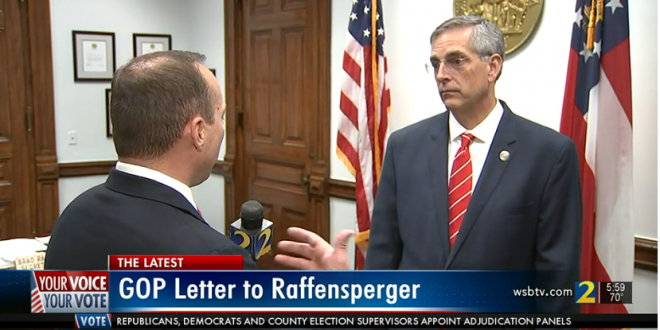 Georgia’s Republican Secretary of State said once again Tuesday night that he has seen no evidence of any widespread voter fraud in Georgia.

Secretary of State Brad Raffensperger told Channel 2 investigative reporter Justin Gray that he is a conservative Republican supporter of not only President Donald Trump, but the two Republican senators who are now calling for him to resign.

Raffensperger said he has investigators on staff whose sole job is to look into wrongdoing. He told Gray that so far, nobody has provided any evidence of any significant voter fraud in Georgia.