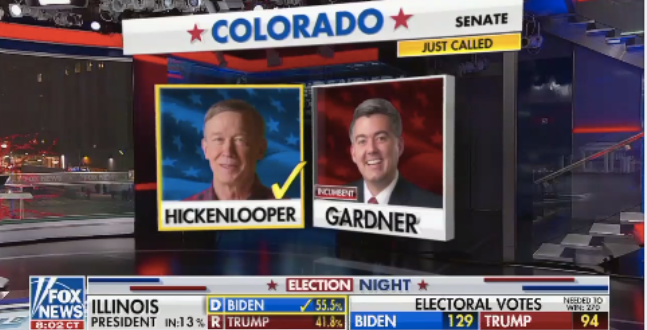 Voting for the general election in Colorado has ended, with former Gov. John Hickenlooper looking to unseat incumbent Sen. Cory Gardner in our state.

Colorado is one of several states that have pivotal U.S. Senate races — if Democrats can flip those seats, they can take control of the Senate.

Colorado has a 6-year history of successful mail-in voting, and between 70 and 80 percent of Coloradans’ ballots will be counted by Tuesday night, the Colorado Secretary of State Jena Griswold said.

Fox projects that Dem John Hickenlooper will defeat GOP CO Sen Cory Gardner. First pickup of the night for Dems in their quest to win the Senate

This is a key pickup for Democrats; he will replace Cory Gardner (R) in the Senate. #COsen https://t.co/EKaX7a8m3Y pic.twitter.com/RuX1W02OAc