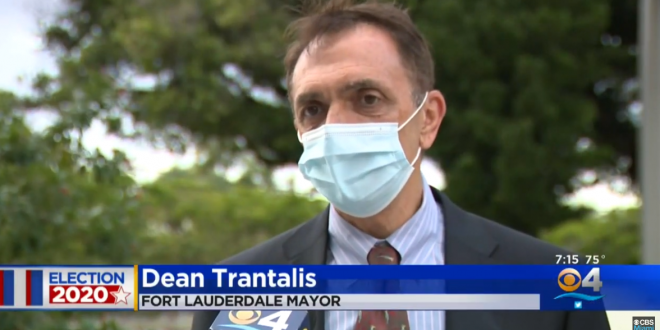 With all the vitriol that has surrounded this election season, there’s another claim of harassment – this time from the mayor of Fort Lauderdale.  He recalled how homophobic slurs were hurled at him while he was at an early vote location at Coral Ridge Mall. Trantalis is the city’s first openly gay mayor.

“I encountered a number of people who were there on behalf of the Trump campaign who immediately accosted me, calling me pedophile, started calling me a [homophobic slur] and thought it was fun,” he said. He called the people behind it a fringe element.

“I know it’s not the Republican Party. I know it’s just a lot of rabble rousers that are fringe elements of the Trump organization that felt they could come into our city,” he said. “Several were not from our city. They admitted they came from other parts of the state.”

As I reported earlier, that Coral Ridge Mall voting location has been the target of multiple Trump and mask protests.