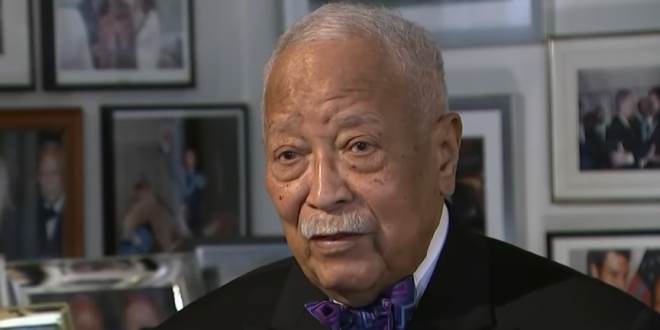 David Dinkins, whose historic 1989 victory as the city’s first and only black mayor was quickly eclipsed by rising crime and racial turmoil that doomed his re-election, died Monday at his home, police said. He was 93. His death comes a little more than a month after his wife, Joyce, passed away on Oct. 11.

Mr. Dinkins was rejected by voters in 1993 after one term amid criticism over his handling of four days of racial violence in Crown Heights, Brooklyn. His aides said he insisted on conceding to Mr. Giuliani despite a close result because he did not want to risk inflaming passions in a city that was starkly polarized along racial lines.

Mr. Giuliani, who beat Mr. Dinkins by sweeping the white ethnic neighborhoods in Brooklyn, Queens and Staten Island that were his political base, went on to become, arguably, one of the city’s most dominant mayors of the 20th century, alongside Fiorello H. La Guardia.

Previous Trump: I Will “Never Concede To Fake Ballots”
Next QAnon Rep Claims To Be Georgia “Recount Monitor”