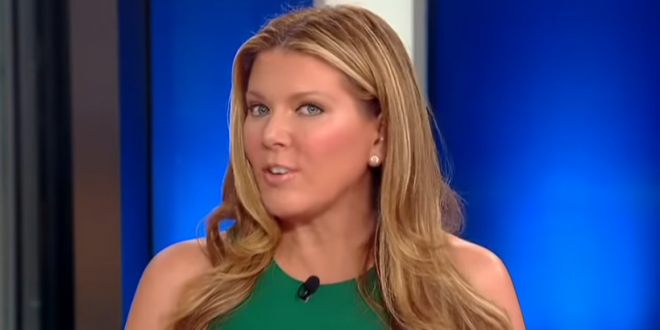 “Is anyone archiving these Trump sycophants for when they try to downplay or deny their complicity in the future? I foresee decent probability of many deleted Tweets, writings, photos in the future,” tweeted Alexandria Ocasio-Cortez (AOC) on Nov. 6.

This is a direct threat to more than 70 million Americans who supported Donald Trump. It reminded me of the “Sonderfahndungsliste,” the so-called “Black Book” which was a secret list of prominent British residents to be arrested, put together by the Nazis before their planned invasion of Britain in 1940.

Alexandra Ocasio-Cortez’s tweet is a chilling reminder of how sick-minded the far left is, and their will to create online archives for anyone who dared to support and vote for Trump. Joe Biden will need to shut up the ultra left-wing on Democratic party and work to represent ALL Americans.

Regan was shitcanned by Fox earlier this year when she declared COVID to be a “scam” invented to hurt Trump. Before that, she appeared on JMG when she bleated that people on public assistance should “show more shame.”

Chris Wallace hosts Pete Buttigieg on his Fox “News” show and DOESN’T ask him about the former pres candidate’s OWN campaign attempt to promote a LIST of Trump supporters alongside Gestapo-head AOC? https://t.co/rbE13UlJmP