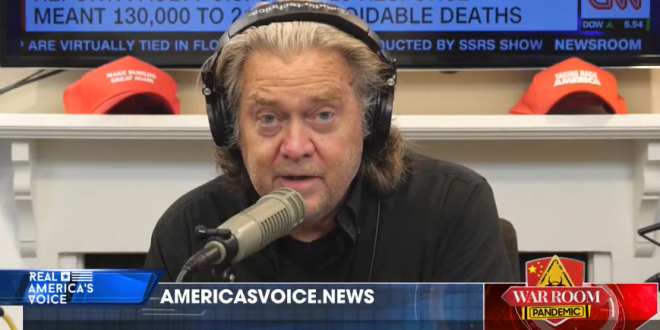 Facebook on Monday removed a network of pages tied to former Trump advisor Steve Bannon for using tricks to increase their reach. Facebook routinely removes networks of pages set up to mislead users with disinformation.

“We’ve removed several clusters of activity for using inauthentic behavior tactics to artificially boost how many people saw their content,” a spokesman for the company said in a statement.

Bannon’s spokeswoman had no immediate comment. The decision to remove Bannon’s network of pages comes after Twitter last week permanently suspended an account that belonged to Bannon.

Facebook said on Monday it removed a network of pages affiliated with Steve Bannon that had worked together to push false information about the presidential election. The pages were followed by roughly 2.5 million people.https://t.co/mrDV0xvwlH