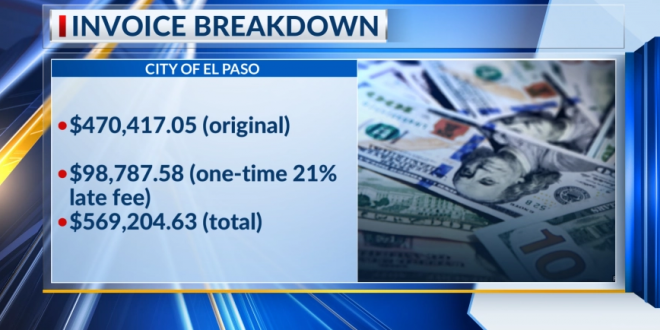 The City of El Paso is taking further steps in attempts of collecting over half a million dollars that’s owed by the Trump campaign from a rally that took place almost two years ago. It’s almost the end of November and with obstacles throughout the year due to COVID-19, the City has been waiting since February of last year on money that’s been owed from the Trump campaign.

“We all are seeing firsthand the struggles that everyday El Paso families have in addition to the challenges that we have in our own budget,” City Rep. Peter Svarzbein said during Tuesday’s council meeting, “So this amount of money is not inconsequential and also the message that we send that nobody is above the law is also an important one for our community to understand as well.”