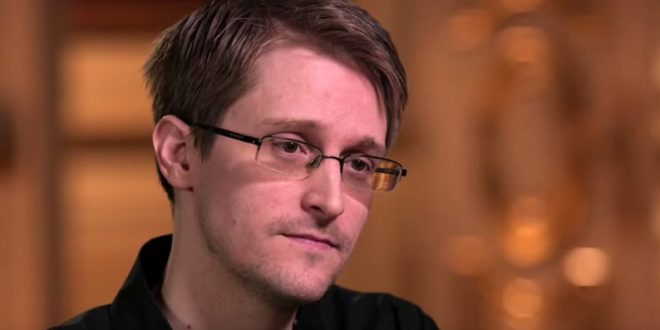 The US whistleblower Edward Snowden and his wife are applying for Russian citizenship in order not to be separated from their future son in an era of pandemics and closed borders, he said on Monday. Snowden’s wife, Lindsay, is expecting a child in late December, the Interfax news agency cited Anatoly Kucherena, his Russian lawyer, as saying.

Snowden, 37, fled the US and was given asylum in Russia after leaking secret files in 2013 that revealed vast domestic and international surveillance operations carried out by the US National Security Agency where he was a contractor. US authorities have for years wanted Snowden returned to the US to face a criminal trial on espionage charges brought in 2013.

Attorney General Bill Barr has said that he “vehemently” opposes any pardon for Snowden.

After years of separation from our parents, my wife and I have no desire to be separated from our son. That’s why, in this era of pandemics and closed borders, we’re applying for dual US-Russian citizenship. https://t.co/cCgT0rr37e

Lindsay and I will remain Americans, raising our son with all the values of the America we love—including the freedom to speak his mind. And I look forward to the day I can return to the States, so the whole family can be reunited.

Our greatest wish is that, wherever our son lives, he feels at home.

This comes less than two weeks after Russia granted Snowden permanent residency, and two months after Trump mused about granting the expatriate leader a pardon. https://t.co/a5TgxX04rF

Previous Trump Fantasizes About Physically Assaulting Biden: “You Wouldn’t Even Have To Close The Fist” [VIDEO]
Next 55% Say Tomorrow Will Be Most Stressful Day Of Year