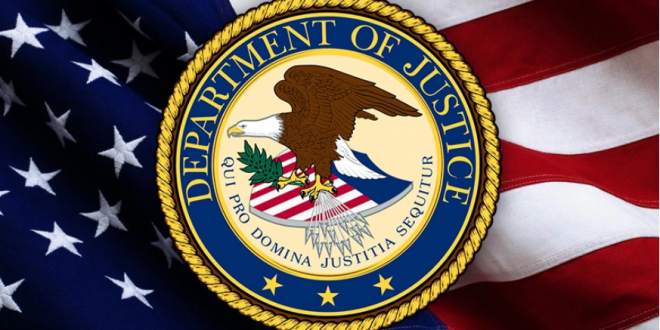 According to court documents, Collins, Kryscuk, and Duncan conspired to manufacture, transport, and sell hard to obtain firearms and firearm parts in a manner that would hide these purchases from the federal government.

The indictment alleges that Collins and Kryscuk were members of and made multiple posts on the “Iron March” forum, a gathering point for young neo-Nazis to organize and recruit for extremist organizations, until the forum was closed in late 2017.

Collins and Kryscuk met through the forum and expanded their group using an encrypted messaging application as an alternate means of communication outside of the forum.

Collins and Kryscuk recruited additional members, including Duncan and Hermanson, and conducted training, including a live-fire training in the desert near Boise, Idaho. From video footage recorded by the members during the training, Kryscuk, Duncan, and others produced a montage video of their training.

In the video, the participants are seen firing short barrel rifles and other assault-type rifles, and the end of the propaganda video shows the four participants outfitted in skull masks giving the “Heil Hitler” sign, beneath the image of a black sun, a Nazi symbol.

The last frame bears the phrase, “Come home white man.” Prior to their arrests, Collins and Duncan had recently relocated from North Carolina and Texas, respectively, to Boise to be near Kryscuk.

Kryscuk’s vehicle was also spotted at two different Black Lives Matter rallies in Boise over the summer, according to the indictment. Kryscuk and Duncan later discussed shooting the protesters, with Kryscuk calling their group a “death squad,” the feds said. Collins, who was enlisted until September 2020, and Duncan had moved to Boise to work closer to Kryscuk before they were all arrested in late October, according to the Justice Department.

All four neo-Nazis are formally charged with conspiracy to manufacture firearms and ship them interstate. Kryscuk, Collins and Hermanson are charged with interstate transportation of firearms without a license. Kryscuk and Collins were also hit with a third charge, interstate transportation of a firearm not registered as required. The Iron March message board where they all met reportedly inspired almost 100 hate crime murders worldwide.