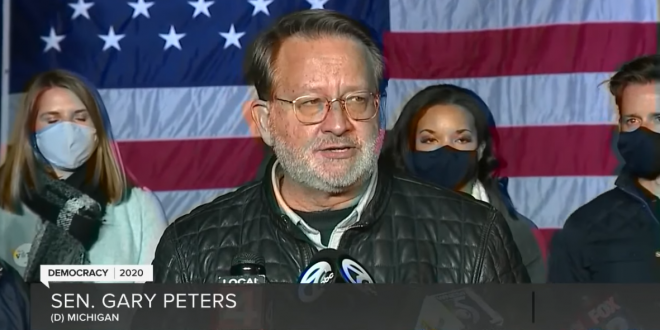 Democratic Sen. Gary Peters will keep his US Senate seat in Michigan after defeating Republican challenger John James in the 2020 election. Peters was one of two Senate Democrats up for reelection in a state that President Donald Trump won in 2016, and the race wound up being a surprisingly tight one.

While Peters led in the polls throughout the race, James was able to close in on him in the final months of the race, and political experts thought there was a real chance he might win. Despite his long history in Michigan’s political sphere, Peters isn’t a super well-known figure — which wound up being part of the problem.

Sen. Gary Peters (D) has won reelection in the #MIsen race, Decision Desk reports, holding on to an important seat for Democrats. https://t.co/1oYhbwd10b