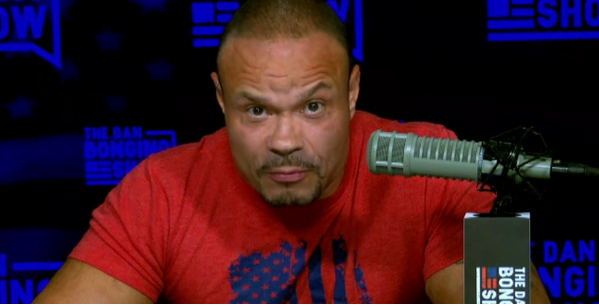 Pro-Trump pundit Dan Bongino floated on his podcast Monday that he would consider running for president of the United States in 2024. “I hate politics,” Bongino said. “Paula [Bongino] is like, don’t you dare. I’m going to dare. I hate — I have said a thousand times on this show, ‘politics and me, no good.’”

“If Harry (sic) Hogan runs for president in 2024, and there is no one by the name of Trump on the ballot, I will consider entering politics again,” Bongino stated.

For someone who hates politics so much, Bongino has made quite a few bids for public office. The pundit ran for Congress in Maryland and Florida three times, all unsuccessfully.

Bongino is part-owner of Parler, where Nazis, white supremacists, and cultists are apparently free to threaten to assassinate Obama and other Democrats.

This pathetic loser called me before he ran for Governor, begging me not to get into the race. He had so little support for his run for Governor that he had Chris from his campaign call my campaign begging for volunteers. He won bcz he had a pulse, & won again selling out to Dems https://t.co/is4NjlNnX1