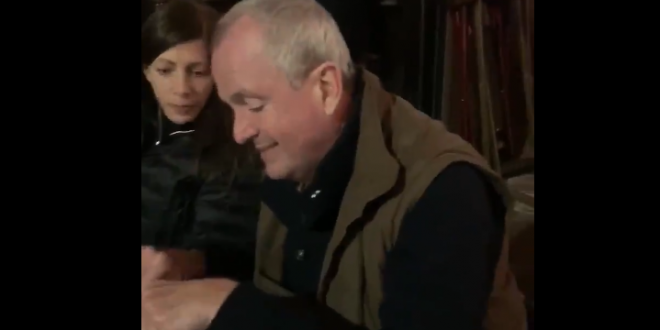 New Jersey Gov. Phil Murphy (D) and his family were accosted by hecklers who spotted him over the weekend while they were eating dinner at a restaurant. A video of the encounter went viral on Sunday, and it shows Murphy being harassed by at least two people while he was eating with his wife and children.

“Oh my God, Murphy, you’re such a d*ck,” one woman said. “You’re having fun with your family and in the meantime you’re having all other kind of bullsh*t going on?” another said.

One of Murphy’s children could be heard asking the woman holding the camera if she was drunk, to which, she shot back “No, I’m not drunk as a matter of fact.” When asked to put on a mask, the heckler then said “You can go f*ck yourself, how’s that?”

The woman recording had a Trump phone case.

NEW JERSEY – Governor Phil Murphy confronted eating dinner with large family MASKLESS. You know you have to have it on in between bites, duh. pic.twitter.com/SyQT5RPsBu