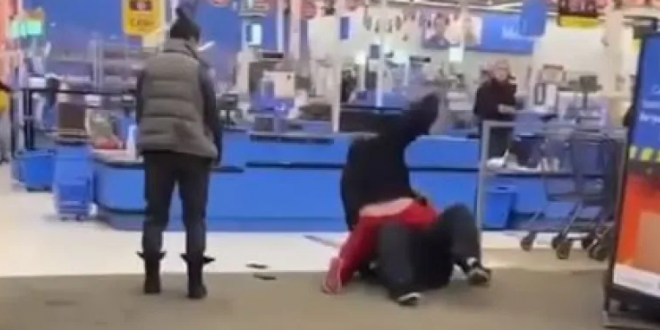 An employee at a Walmart in Dawson Creek, B.C., was assaulted after asking a customer to wear a mask in the store, RCMP say. Police said they responded to the store following reports of an assault on Wednesday at around 7 p.m.

Following a review of surveillance video, RCMP arrested a 30-year-old man and said they are recommending charges of assault and mischief. The store employee suffered minor injuries. Masks are mandatory in all Walmart stores across Canada.

In a statement to Global News, Walmart Canada called the assault “completely unacceptable and deeply troubling.” The company went on to say it is providing support for the employee and is cooperating with the police investigation.

Previous Trump Flips Out At Reporter: “I’m The President Of The United States, Don’t You Talk To Me That Way” [VIDEO]
Next Trump Claims Biden Has To Prove He Got 80M Votes