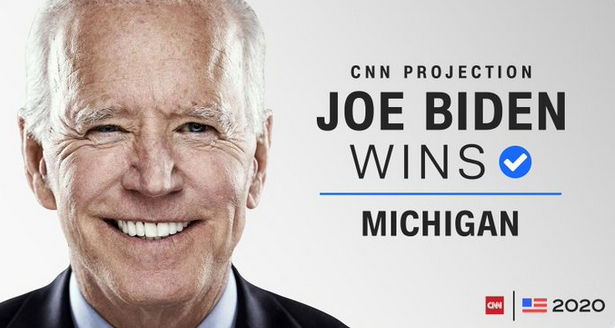 Joe Biden is speaking now from the Chase Center in Wilmington, Delaware, the same place he accepted the Democratic nomination in August. “Here, the people rule. Power can’t be taken or asserted. It flows from the people,” Biden said.

“And it’s their will that determines who will be president of the United States and their will alone.” “And now after a long night of counting, it’s clear that we are winning enough states to reach 270 electoral votes needed to win the presidency,” Biden continued.