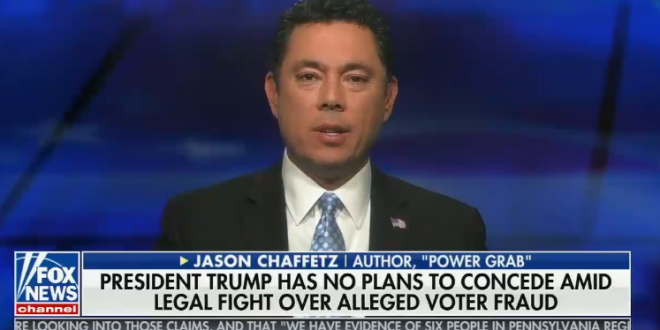 “There is not a single state in the United States that has certified their election yet. So you know, you can have a crying Stephen Colbert putting on an act — because he is an actor — saying he was just so saddened by this, but I never saw them crying about Donald Trump.

“Donald Trump, when he won, his victory speech, first he did was thank and honor Hillary Clinton. Joe Biden in his speech last night never even mentioned Donald Trump directly.

“Did not thank him for his service. Did not honor Donald Trump and all the success he had in this country. He didn’t even do that.

“And so, you know, cart’s before the horse here. You have got to go through. The president has legal avenues.” – Fox News commentator and former US House Rep. Jason Chaffetz.